A Pipeline From Scratch

You're now a pipeline sculptor, and fly is your chisel. We'll use it repeatedly to (re-)set the pipeline over and over. There are many subcommands to fly, but the one sequence you should learn by heart is set-pipeline with its parameters:

Okay, that's it. Store the following in your muscle memory and let's get on with sculpting:

At a minimum, a pipeline definition must contain at least one job. Here is a job with no inputs or outputs that does precisely nothing, other than letting us set the pipeline.

We'll use simple as the name when setting this pipeline. We'll see something like this:

Let's follow the link to the UI. You should find a grey rectangle: 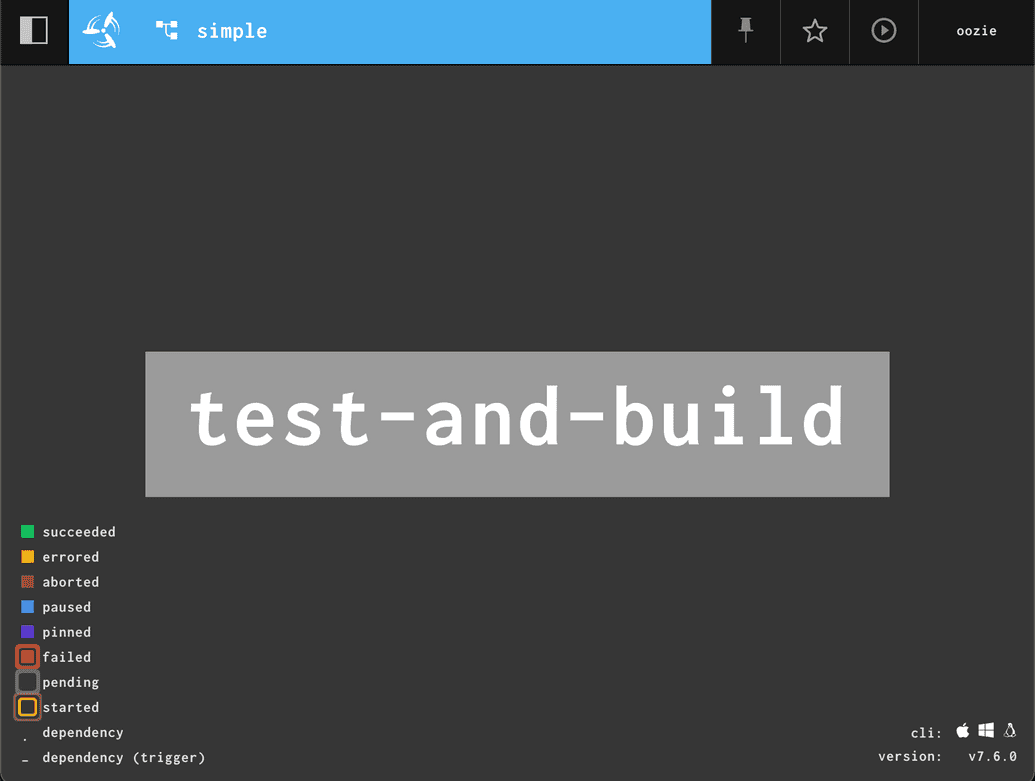 Let's interpret what we see, from top left corner

Click through onto the gray square and let's look inside the job.

Look for an encircled + sign in the right top corner. This particular job takes no inputs, so the only way to trigger its execution is to click on that button. Go ahead!

Now the job appbar has turned green, with a small numnber 1 underneath (a job log) and job timing info (start time, duration). A new icon next to an encircled plus - a partially encircled plus: this will give us an option later to manually trigger the build with exactly the same set of inputs or rerun the job with a set of most recent available inputs. Useful when tracking down flakiness. At this point our pipeline takes no inputs, so we'll revisit that point later.

Doing nothing is a really low bar for success, let's get our job to actually do some work. We will

The pipeline now looks as follows:

Note that we set trigger: true under the code-repo input. So any incoming version (a commit) will trigger the execution of the job. Go ahead and set the pipeline with fly. Try to type in the command from memory. By the time you're done, the commits from code-repo will have triggered a job run and you'll see something like this: 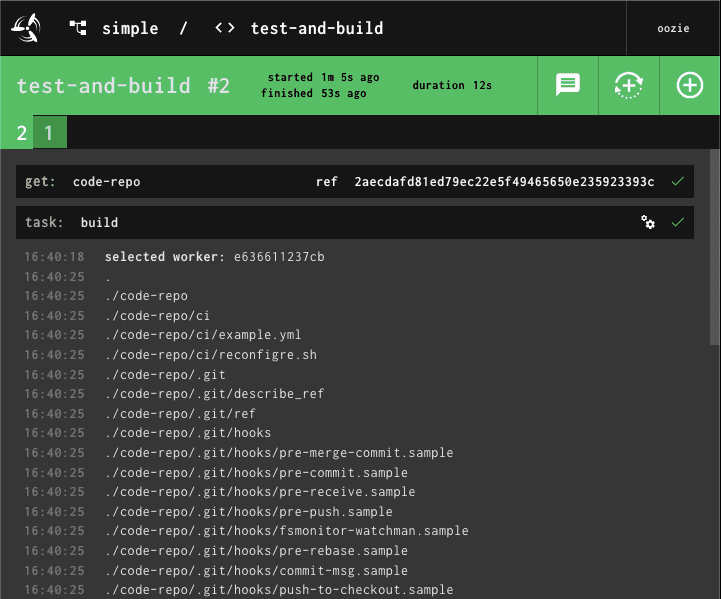 We're now at the job log number 2. The output from the job is the stdout from the find command. Note the layout of the build container: the build starts in a working directory one-level above the code-repo input. In other words, to work with the code in code-repo , you need to first change the working directory to enter it. This is different from most CI systems: while other CIs typically accept a single input - a repo with code - Concourse allows for multiple arbitrary inputs and outputs from each task in a job.

Now, let's get our job to do some useful work.

Now set-pipeline with fly. Remember how to do this? Great. Since no new commits are coming into the repo, you must go to the Concourse UI and click on the encircled plus to rerun the job. Go ahead!

At this point, we tested and built the code, but the artifact (fetcher-linux-amd64) remains within Concourse's build container. 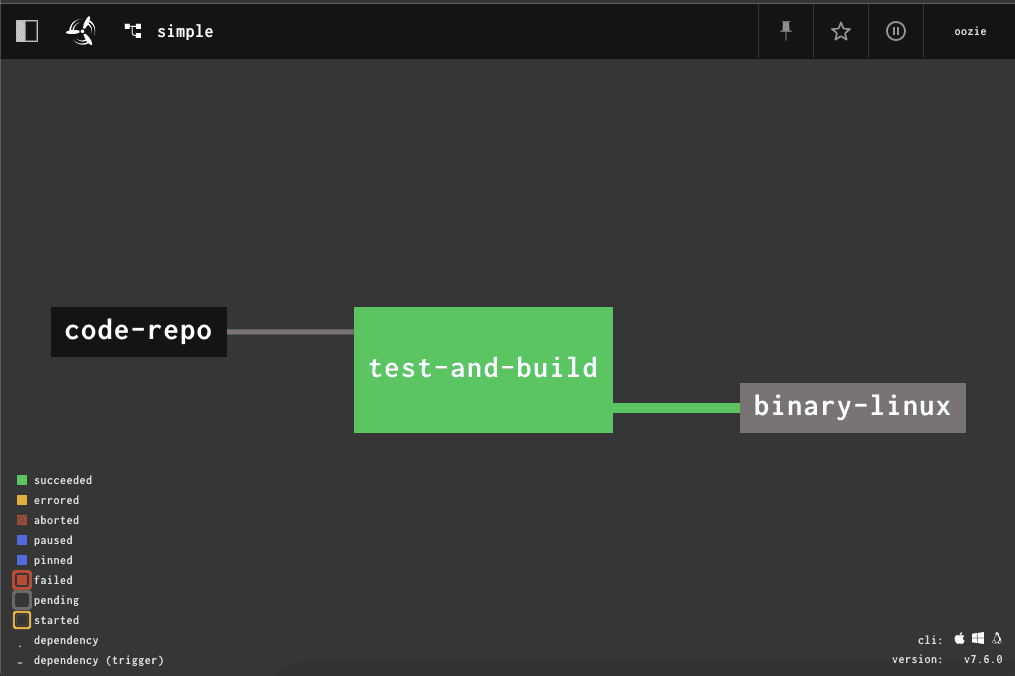 Previous
How to Read Pipelines
Next
Structuring Pipelines